Angelina Jolie has confessed that her kids have a strange appetite. They like to eat crickets! 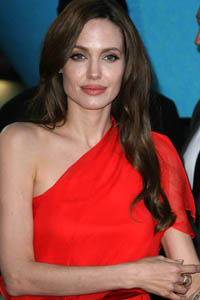 While shooting her Louis Vuitton ad in Cambodia, Angelina Jolie let it slip that her kids are fans of eating insects.

“My boys love to eat crickets,” Jolie revealed. “It’s their favorite thing. They ate them like Doritos, and they wouldn’t stop.” Jolie discovered eating bugs while touring Asia and finds the consuming of crickets to be no big deal. “But they’re good,” she added. “They are like a potato chip.”

Eventually, though, Jolie had to put a halt to all the bug munching out of health concerns. “I had to actually ban the cricket-eating at a certain point,” she said. “Because I was afraid they were going to get sick from eating too many.”

Jolie is fearless when it comes to her food. “I have yet to have the tarantula on a stick,” she noted, indicating she wasn’t sure how she was going to “get around the fur.”

The actress and Brad Pitt have traveled all over the world, so it isn’t a surprise that their culinary appetites are as diverse as their family.

Meanwhile, the international appetite for all things related to the Jolie-Pitt clan remains insatiable, resulting in friend Matt Damon expressing compassion for how the couple has no privacy.

“I have friends who are like prisoners. Brad Pitt and Angelina Jolie, for instance. They can’t just go someplace,” Damon told a German reporter. “If they go for a walk, it turns into an international incident.”