There may be nothing new about mean girls, nutty moms or losing your virginity, but MTV’s irreverent high school dramedy Awkward spins the stories. Series stars Ashley Rickards (Fly Away, One Tree Hill) and Beau Mirchoff (Desperate Housewives) helped SheKnows get Awkward for the premiere, which is already available here!

SheKnows has the season premiere of MTV’s newest series Awkward (below), which kicks off when 15-year-old Jenna Hamilton takes a spill and everyone jumps to the wrong conclusion. Suddenly, Jenna’s getting all the attention — but for all the wrong reasons. 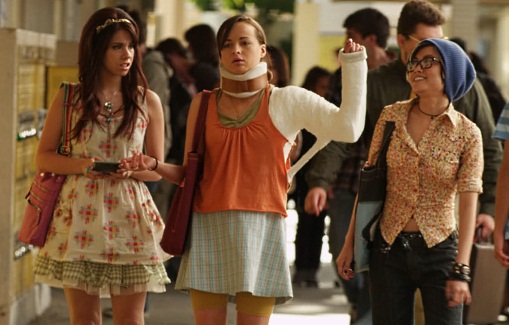 “Everyone is creating their own idea of Jenna and labeling her,” Ashley Rickards (Jenna) previewed. Instead of giving into the hype, “Jenna becomes this proactive, empowered girl. She can’t change what happens to her, but she can change the way she feels about it. The show is about her journey. It’s an irreverent look at teenage life through Jenna’s eyes and it’s a very honest look.”

Narrated in the first-person voice of Jenna’s blog posts, the show takes on all those standard Awkward coming of age moments, along with Jenna’s unique drama.

“Her whole world is crumbing around her,” Beau Mirchoff (Matty) told SheKnows. “Everyone’s crazy. Her mom’s a little off her rocker. But Jenna takes everything so lightly and uses her dry wit to fix the problems. You’ll enjoy watching that.”

What else might you enjoy? “This one over here is shirtless a lot, so all you ladies can tune in for that!” teased Rickards. 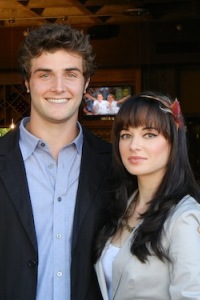 Some may be hearing tinges of My So-Called Life in the set-up. That comparison works, but there’s also a bit of romance that will have old school movie lovers thinking Grease.

Much like Danny Zuko, cutie Matty has a lot to learn, especially now that school’s back in session. “Deep down, he does mean well,” Mirchoff insisted. “He hasn’t figured out who he is quite yet, so with relationships and the social aspects of high school, he’s inept. He’s a teenager. As the series goes, you’ll learn more about him.”

Rickards will agree that Matty’s a good guy, but also warns not to label these Awkward characters, even the mean cheerleader who keeps torturing Jenna. “One of the most exciting aspects of our show is that it’s so honest you can’t label any of our characters as just ‘the mean girl,’ because our mean girl has a very deep persona and through the season, we explore that,” she explains.

“[This season is] a rollercoaster of events. We see different aspects of each character and see people go to lengths that we didn’t think they could or would go to.”

MTV’s new series Awkward premieres on MTV Tuesday, July 19 at 11 p.m., but you can already catch the episode online at MTV.com and we have it here!