The Bachelorette is sadly coming down to the wire, which means the drama of the hometown dates has arrived. Read on to find out what went down and why Ashley Hebert was in love with one sweet mullet.

Ashley Hebert traveled back to U.S. soil to embark on our favorite part of The Bachelorette— the hometown dates. What went down when Ashley met the families of Ames, J.P., Ben F. and Constantine? Lots of kissing and lots of family judgment. 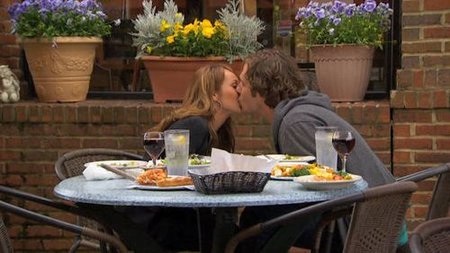 Ashley Hebert opened herself up to the judgment of the men’s families on the hometown dates this week and some of the moms were a bit cautious about their boys getting hurt.

When it was time to meet the family, we got concerned for Ashley. With that many extended family members ready to shake her hand, we’re surprised she didn’t run and hide. Constantine’s mom Elleni was concerned about Ashley’s willingness to relocate and how different it would be having their relationship in the real world. Ashley gave the standard, “I’ll be happy wherever he’s happy.” The night ended with the entire family dancing their butts off to a traditional Greek dance. Wine was flowing, feet were moving and it was one big party.

Ashley made a stop in Pennsylvania to meet Ames’ family and this was interesting. He’s so sweet and kind, we were hoping we’d find out something new about him. His mother Jane had never seen Ames happier but his sister Serena was concerned Ashley didn’t share the same spark. Ashley seemed uncomfortable saying she was falling for him completely. Instead, she danced around the slow-paced movement of their relationship. 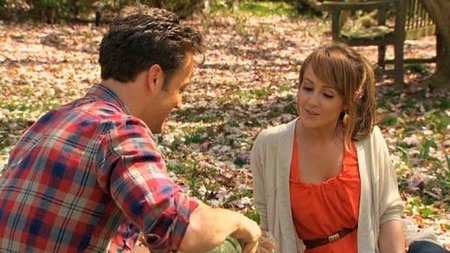 It was interesting to learn of the father figures that Ames has lost along the road, which gave us more of an insight into why he’s more cautious. He might be the best match after hearing all that, but Ashley herself admitted she’s missing that spark.

Sonoma Valley, California was the destination for Ashley and Ben F.’s hometown date. Ben — have we mentioned he is so sexy? — introduced Ashley to his winery and very influential family. We don’t mean influential status-wise, but in the “their opinion means everything” way.

They touched on his father’s death and the fact that he’s only ever brought one other person home. Talk about intimidating. How would you feel hearing that everyone has to like you in order for it to work? You could feel how protective his sister Julia was by her tense demeanor. His mom was a bit more open to Ben just being happy. We’re not sure if Ashley got a complete thumb’s up, but Ben got some closure on his feelings towards his father’s death. It was really heartwarming. Only problem is that we heard the word like more than love.

Ashley met J.P. and his family in Roslyn, New York. To give her a taste of who he was when he was younger, he surprised her with a fun date at a roller rink. The couple kissed and skated under a disco ball made for two. He’s got our vote to win this whole competition. Who wouldn’t fall in love with the song I Can’t Fight This Feeling in the background? 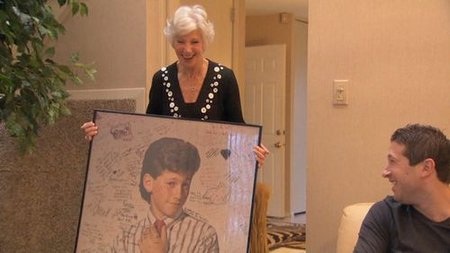 J.P.’s family broke out the mullet picture which if she can get past that mullet proves they do belong together. We’re not going to lie. Their hometown date seemed less tense than the rest. The family had the typical questions about love and Ashley’s intentions because of his past heartbreak, but she looked like a part of the family. He admitted that there are signs of love. He point blank said if he feels it, he’ll propose.

Back at the rose ceremony, Ashley found good points in all the men but she eventually had to eliminate Ames. We felt so bad for Ames. He’s one of the nicer guys and we thought he, out of all the men, might have been the most ready for love — aside from J.P., of course. He’ll always be our favorite.

So, the final three set to move on are J.P., Ben F. and Constantine. What did you think of Ashley Hebert’s choice on The Bachelorette? Sound off in the comments.