Betty White turned down a soldier’s invite to the upcoming Marine Ball, but it’s not because she doesn’t want to go!

It looks like Sergeant Ray Lewis needs to go with Plan B: Betty White turned down his invitation to the Marine Ball. It’s not what you think, though — she was flattered by the proposal. 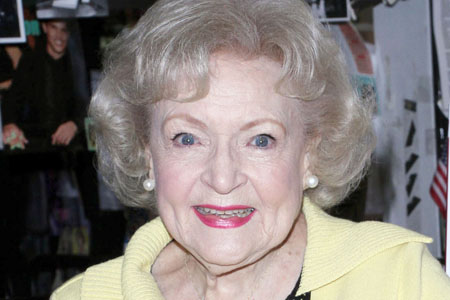 “I am deeply flattered and truly appreciate the invitation,” the 89-year-old said in a statement Monday. “As everyone knows, I love a man in uniform… But unfortunately I cannot accept, as I will be taping an episode of Hot in Cleveland.”

Awww! White’s late husband was an army man, so she’s not lying about that. However, not even Lewis’ pleas can change her taping schedule.

It’s probably for the best, though: White probably would’ve danced circles around him.

We do hear that there’s at least one other celebrity who will clear her schedule for an invite.

“If any handsome single Marine needs a date to the Marine ball, I am willing to do some community service for the country…” comedian Loni Love tweeted Monday.

Are you listening, Sgt. Lewis?

Who do you think should go with Sgt. Lewis to the Marine Ball?