Jersey Shore, the television show that made GTL a part of the American lingo, has another credit to add to its long list of history-making moments. It has been embraced by the very state whose residents revolted against the cast’s hard-partying ways. Yes, a new nationwide poll states that the show isn’t hurting the nation’s view of the state. On the other hand, sales of self-tanner have gone way up.

“We’re goin’ to the Jersey Shore (expletive)!” states Nicole “Snooki” Polizzi at the beginning of each and every Jersey Shore episode. Whether they are in Seaside Heights, where the show originated, Miami or Italy, the cast of the hit MTV reality show has certainly made a name for themselves in a way no other reality show has ever done before. But there was one thing holding them back, the respect from the state that bears their name. That is, until now. 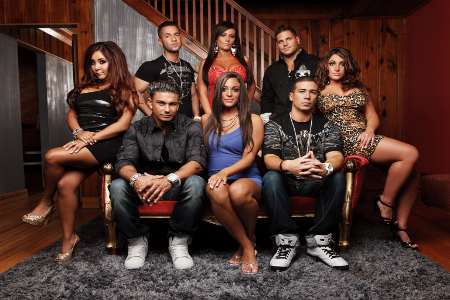 It seems that Fairleigh Dickinson University Public Mind did a little survey that found the show is bringing attention to the Jersey shoreline and, in fact, is bringing more revenue to the state than ever before. Also, there is no statistical difference between those who have seen the show and those who haven’t.

So, does that mean that the hard-partying ways of said guidos and guidettes are okey-dokey with everyone in the Garden State? Well, it seems the pollsters thought of that too.

AP News found some Jersey residents who do not mind the cast’s antics at all. One stated, “The show makes New Jersey more interesting to people.” The director of the poll, Peter Woolley, found, “The show isn’t hurting the nation’s view of the state. In fact, it may be promoting one of the state’s best features, not Snooki, but the shore itself. It seems to me viewers are looking past The Situation to the shore scene itself.”

Just about a year ago, New Jersey Governor Chris Christie stated that the show was “negative for New Jersey. It takes a bunch of New Yorkers, drops them at the Jersey Shore and they act like this is New Jersey.”

Whoops governor, have you ever seen the show? Three of the cast members are really from New Jersey — Deena Cortese, Sammi Giancola and Mike Sorrentino. The others are from New York and its surrounding areas.

The most surprising result of the poll? Upwards of 69 percent of the people surveyed had not seen the show.