David Duchovny and wife Tea Leoni can’t make up their minds if they want to be together or get a divorce. 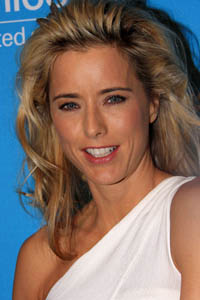 Celebrity couple David Duchovny and Tea Leoni could be trying to patch things up yet again after their latest separation. A few weeks ago, the couple announced they were separating. This came after a three-year reconciliation since the last time they split up and Duchovny went off to rehab to get treatment for his sex addiction.

Now they may be making up after breaking up one more time. The actors were spotted driving together near their home in Malibu, California, Leoni at the wheel and Duchovny in the passenger’s seat. Prior to that they were seen at a Fourth of July picnic with their children.

As Hollywood marriages go, Duchovny and Leoni’s has been longer than most. They wed in 1997 after dating for a whopping nine weeks. They have two children together, a son and a daughter.

Around the time they were having marital troubles in 2008, rumors abounded that Leoni was having an affair with actor Billy Bob Thornton and that Duchovny had found sexual text messages between the two. After Leoni declared Thornton was “maybe my new favorite person in the world,” Thornton’s camp issued a statement denying that the former husband of Angelina Jolie was romantically involved with Leoni.