An actor known as the Cuban Brad Pitt is denying reports that he had an affair with Jennifer Lopez, resulting in the breakup of her marriage. 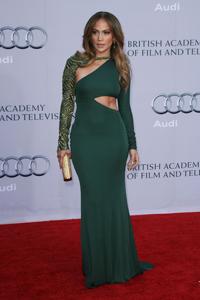 Why did Jennifer Lopez and Mark Anthony split? Their impending divorce could be due to any number of things — and we have our own theories — but one thing that did not cause the rift is an affair with Lopez’s music video costar William Levy. Or so he says.

Levy, a sexy telenovela star known as the Cuban Brad Pitt, was featured as Lopez’s love interest in her steamy video for I’m Into You and just happened to separate from his own longtime partner right after shooting wrapped in April.

Levy was in a relationship with Mexican actress Elizabeth Gutierrez since 2003. The couple has two children together and announced their split in May 2011.

Levy’s rep denies there is or ever has been anything romantic or sexual between his client and Lopez.

“The only relationship there was or is, is a professional relationship. That’s all there’s ever been,” the rep said.

So what did cause the split? A source told People they decided to go their separate ways “after months of nonstop arguing.”

Check out the Jennifer Lopez video that started the rumor: