Nelson Mandela, the man behind movements for peace and equality in South Africa, is celebrating his 93rd birthday today. The former South African president spent a quiet birthday with friends and family in his rural hometown, according to the Associated Press. 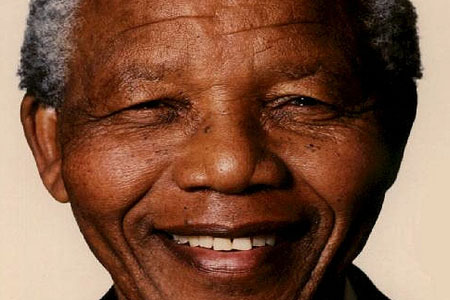 President Barack Obama sent birthday wishes to the Nobel Peace Prize winner, calling him “a beacon for the global community, and for all who work for democracy, justice and reconciliation.”

Mandela’s life hasn’t been without struggle, though — he spent 27 years in prison for opposing apartheid in the country before he became president.

South Africa’s current president, Jacob Zuma, made the 600-mile trip to see Mandela on his birthday.

“I came to spend time with the Mandela family, to rejoice with them, but also to eat cake. There was a huge cake,” Zuma joked.

“Mandela is absolutely in good spirits,” he added.

Mandela most recently released a book, Nelson Mandela By Himself, that shares his thoughts on everything from freedom to HIV and AIDS.

We’re happy that such a beacon of peace and hope is still around to share his message with the world.