The True Blood family lost one of their own early this year. Now the cast and remaining crew are stepping up in hopes of helping out.

True Blood is proud to have a tight-knit cast and crew. When one of their own, 39-year-old crew member Jesse Cartwright, passed away in January the entire family was hit hard. 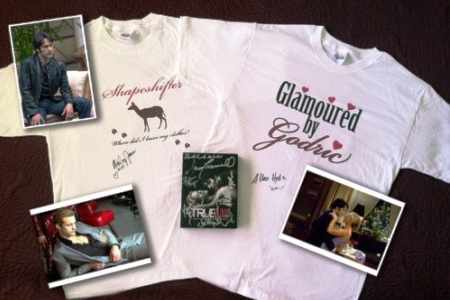 Jesse Cartwright worked for the hit show True Blood for several years. Executive producer Greg Fienberg gave a touching speech for the gathered crew about how they had lost a brother in the True Blood family. Jesse passed away during the filming of True Blood episode 4.04, which is now dedicated to his memory.

The True Blood family is now stepping up in a show of support for Jesse Cartwright’s family members, which include his three children (7-year-old Jesse Jr., 12-year-old Sara and 14-year-old Brittany) who will be the recipients of a trust fund set up with the participation of producers, cast and crew.

In support of the trust fund, the Vault and AllStephenMoyer.com are auctioning off a special True Blood season two pack:

The auction of True Blood items, currently bid up to $660, ends July 24. Donations are also being accepted directly to the trust fund via JesseCartwright.com.