Finally, The Bachelorette‘s Ashley Hebert has stopped whining over Bentley Williams. Now we can move on and watch the men take her on hometown dates this week.

For a minute we were starting to think The Bachelorette’s Ashley Hebert would never stop fussing over her feelings for Bentley Williams. Sure, in episode six she gave him the “(expletive) you” heard around the world, but we thought for sure she’d come back last week just as distracted as ever — but she wasn’t. 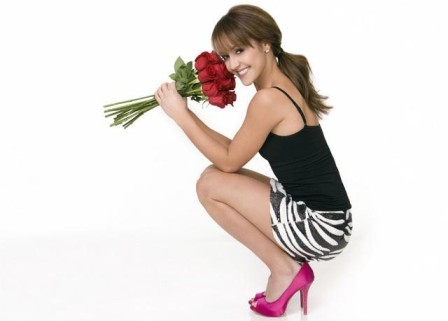 Ashley Hebert actually chose four really great guys to participate in the hometown dates on this season’s The Bachelorette (Ames, Constantine, Ben and JP). Can we just say, as sweet and smiley as Ryan was, we’re glad he wasn’t included in the hometown dates. From the looks of the preview, Hebert will be dealing with some more drama, but it’s all in the name of love.

Now, nothing ever goes smoothly on this show and as you can see, some will whine over not knowing if they’re ready to propose to Ashley Hebert. All we can say is we better get some happy news from this show. We spent the first six episodes listening to her moan and obsess over Bentley Williams — it’s time for some happily ever after!

Who do you think is the right choice for Ashley Hebert — Ames, Constantine, Ben F or JP? We’re rooting for JP but you never know what will happen.