Relativity Media is sniffing around Sean Bean for the fairytale role of a lifetime. Bean is in final talks to star in Relativity Media’s untitled Snow White film. 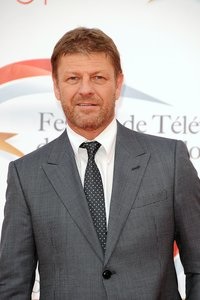 Sean Bean’s character might be dead and gone from the hit show Game of Thrones, but that doesn’t mean Bean is slowing down. He’s in talks to land himself a plum role in Relativity Media’s Snow White film. Did we happen to mention Game of Thrones was recently nominated for an Emmy?

Anyway, according to The Hollywood Reporter, Sean Bean is finalizing a deal to take on the role of Snow White’s father in the currently untitled film.

The take on a classic fairytale is filming in Montreal right now and stars Julia Roberts as the evil queen, Armie Hammer (The Social Network) as the prince and Lily Collins as Snow White.

With dueling Snow White films set to invade theaters, which one are you most likely to see — both, one or none? Tell us, we want to know.