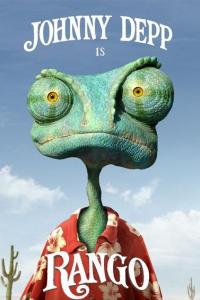 The movies currently ruling the DVD rental battle are recent releases Just Go With It, Beastly, Battle: Los Angeles, True Grit,  Sanctum, No Strings Attached, I Am Number Four, The Dilemma, Gnomeo & Juliet and The Rite, in that order.

Here’s what’s new at your local or online video outlet:

Johnny Depp reunites with Pirates of the Caribbean director Gore Verbinski for an animated movie like you’ve never seen. The title character, as voiced by Depp, is an adventurous pet lizard who is given the opportunity to experience thrills he’s been dreaming of and must summon the courage necessary to save a desert town and himself… Above all, Rango is riveting, rejuvenating and renders its audience left completely impressed… When Isla Fisher’s Beans brings Depp’s Rango into the town of Dirt — a place void of water, hope and any kind of justice — the spark in Depp’s performance captures the character of a small lizard with equal parts circus ringleader, Old West sheriff, romantic lead and classic Hollywood hero. Yes, he’s just a lizard. But, that Rango is one extraordinary lizard.

There are films that warrant a remake and with the right actor or actress inhabiting iconic roles, magic happens twice. Such is the case with Russell Brand taking Dudley Moore’s top hat in the delightful update of Arthur… Arthur has heart. The film is hysterically funny while still being sensitive to the issues that face the lead character. Arthur is an alcoholic. He is a lovable drinker, but it is clear he cannot handle the bottle. Despite having hundreds of millions of dollars at his disposal, Arthur is not satisfied with his life and seems to be drinking it away… Enter the ladies of Arthur, who act as a seesaw of power and emotion. Mirren is, as always, impeccable. She effortlessly goes tit-for-tat with Brand’s outlandish humor and wide-spanning characterization of the lovable millionaire. Jennifer Garner is downright evil as Susan, a woman who believes she should be married to Arthur to further her career. 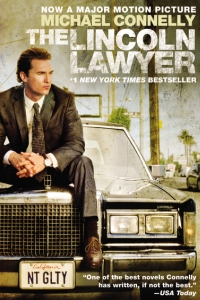 Audiences should be thrilled with Matthew McConaughey‘s return to the courtroom in The Lincoln Lawyer. He stars as Mick Haller, a defense attorney with a knack for producing not guilty verdicts or, at the least, a drastically reduced sentence. When Haller takes the case of Louis Roulet (Ryan Phillippe), it becomes quickly clear that he may have met his match in the game of playing the law. Roulet, a rich kid from Beverly Hills, is being charged with the attempted murder of a woman and Haller sees it as a big case worthy of his time and expertise… William H. Macy, Marisa Tomei, John Leguizamo, Michael Pena, Bryan Cranston, Frances Fisher, Josh Lucas and country superstar Trace Adkins fill out the cast that could be one of the year’s best so far. The Lincoln Lawyer is riveting and robust in its showcasing a true L.A. story. As directed by Brad Furman, it has an almost musical rhythm to it that is only enhanced by the stellar soundtrack.

DVD/Blu-Ray releases: Beyond the Movies 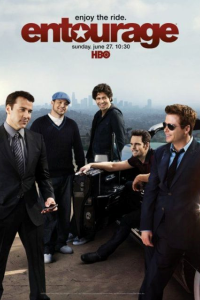 Documentaries: New release titles include National Geographic Classics: Oceans, Nova: Power Surge or one of the new HD titles from the Miracles of Nature series.