The brother of Paris Hilton has been ordered to pay $4.9 million in connection with his DUI case. 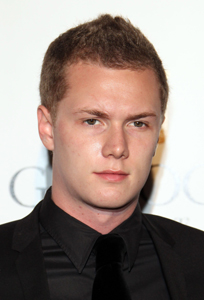 Barron Hilton made a very bad decision back in 2008 when he chose to drive drunk — and now it’s also a very expensive decision.

A judge has ordered the younger brother of Paris Hilton to cough up a whopping $4.9 million in damages to a gas station attendant he ran over the same day he was arrested on DUI charges.

Fernando Tellez, who was 18 years old at the time, was struck by Hilton’s Mercedes, leaving the teen with a “permanent disability” and forcing him to “undergo multiple surgeries and medical procedures,” according to court documents.

Later the same day Hilton was arrested on DUI charges after cops found he had a blood alcohol level of .14, nearly twice the California legal limit of .08. He pleaded no contest to the charges.

A jury in the LA County Superior Court has found Hilton liable for Tellez’s injuries and they’ve ordered him to pay $4.9 million in damages — but Hilton thinks that is way too much.

“We disagree with the jury,” said a rep for Hilton. “Barron did not strike the attendant. Barron knows he did wrong. It happened three years ago and he’s been incredibly responsible ever since.”

Not that he has any choice — regardless of whether he agrees or disagrees, he still has to pay it.