Bret Michaels canceled his November Super Cruise, saying the promoter screwed everything up. 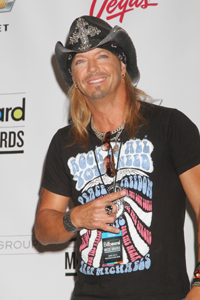 Were you hoping to talk dirty to Bret Michaels on the high seas this fall? You’ll have to find another way to get close to your favorite hair band rocker, because the Poison frontman has canceled his Super Cruise.

Related story Bret Michaels in 6 hospitals in only 2 weeks: Is he OK?

Michaels sent a note out to fans saying the cruise was canceled due to “lack of participation” because of a “less-than-reputable” promoter who “feels he can take advantage of both artists and fans.”

“I want to reassure everyone that I have went out of my way to try and make this the best fan cruise on the high seas,” Michaels said. “Know that I am working hard to right this wrong.”

The cruise sounded fun — a four-day journey out of Miami during which Michaels planned to mingle with fans and even guest bartend.

Anyone who has already bought tickets will have their money refunded.

If you just can’t live without a Bret Michaels sighting, you can catch him on tour with Poison and Motley Crue through mid-August.