Jon Cryer hilariously gave thanks for his Emmy nomination with a quick jab at this year’s Two and a Half Men controversy. 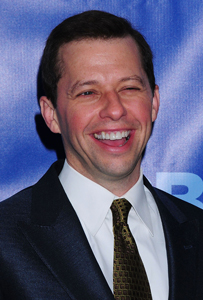 Two and a Half Men star Jon Cryer has been nominated for an Emmy Award in the Outstanding Supporting Actor in a Comedy Series category for his role in the troubled sitcom — and gave a hilarious thank you that gently poked fun at Charlie Sheen without truly pointing any fingers.

“In a year when nothing much has happened on our show and you could barely find a word about me or my co-stars on the Internet, it is lovely to be recognized by the Academy in this way!” Cryer said.

Check out the 2011 Emmy Award nominees on SheKnows

This is Cryer’s sixth Emmy nomination for his role on Two and a Half Men, which will see Ashton Kutcher taking over for Charlie Sheen this fall. Of course, you might miss Kutcher’s series debut if you’re watching Comedy Central instead — Charlie Sheen is planning to air his roast on the same night.

read on for more jon cryer