Kal Penn went from Fox’s House to the White House and now President Obama’s Associate Director in the Office of Public Engagement is heading to How I Met Your Mother. In addition to reuniting with Harold and Kumar pal Neil Patrick Harris, Penn will woo Cobie Smulders’ Robin.

Kal Penn has landed a recurring role on How I Met Your Mother, but he and pal Neil Patrick Harris may end up at odds over this one: Word is Penn’s character Kevin will set his sights on Barney’s (and Ted’s) ex, Robin. 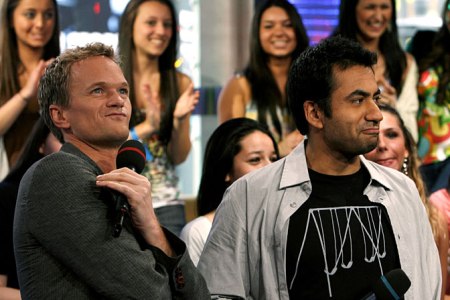 After last season, Robin could use a little lovin! She’s had a rough go of it with the guys. Her co-anchor and beau ran off to another market last season and then she realized she might still be pining for Barney, who has grown up a bit since their disastrous romance. Unfortunately, Barney’s stuck on her pal Nora (Nazanin Boniadi, General Hospital), who is expected to return for season seven — and then there was that finale tease of Barney’s wedding!?!

Many fans suspect it will be Robin in that wedding dress, but even if not, this year could still pan out to be a bit luckier for her. Michael Trucco is set to return as Robin’s hottie crush. His new gig on Fairly Legal will complicate any chance of a real romance, but hopefully, Robin will get to live out her crushy dream before things go up in smoke. Then Penn’s Kevin can sweep in for some romance and finally, we hope, she’ll get back with Barney. 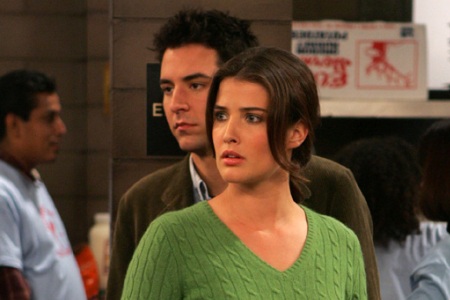 In addition to new hope for Robin, Penn’s casting marks a big reunion between him and Neil Patrick Harris, whose Harold & Kumar cameo led to the resurgence of his career. The guys will also be back together again on the big screen in A Very Harold & Kumar Christmas, due in theaters November 4, 2011.

Since TV Line broke the How I Met Your Mother story, everyone has been speculating about what this means for Penn’s role at the White House. The funnyman who made Kumar a household name actually took a break from his Obama administration gig back in 2010 to film the upcoming installment, which begs the question of whether or not his exit this summer will be permanent.

Even if he doesn’t clock back in at the White House, word is Penn will likely hit the campaign trail with Obama again next year.