The 63rd Emmy noms dropped this morning and it’s an impressive lineup, but there are a few undeniable snubs. Some of last year’s beloved winners weren’t nominated, including Kyra Sedgwick and Neil Patrick Harris. And does Modern Family really have all the supporting funnymen in TV? Plus, where’s the year’s biggest surprise hit, The Walking Dead? 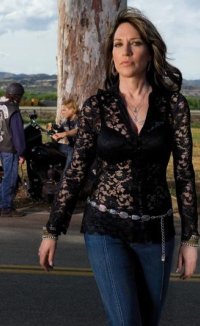 Some of the 2011 Emmy Award noms did go to SheKnows’ prediction picks, like Amy Poehler, Chris Colfer, Game of Thrones and Friday Night Lights, but there were quite a few snubs and SheKnows has to say, we called most of them.

SheKnows is most crushed over the ongoing Sons of Anarchy snub, but even cranky show creator Kurt Sutter saw that one coming. “If we get any Emmy noms I’ll tattoo Emmys rule on my [expletive],” he tweeted yesterday. Sutter’s wife and star Katey Sagal certainly deserved a nod, but the sexy modern day Hamlet on motorcycles boasts much talent on both sides of the camera.

Equally as upsetting is the lack of Community. While we were thrilled to see Parks and Recreation make the grade, where are Danny Pudi and Alison Brie, in particular? The folks behind the scenes also deserved a nod, but apparently, the voters didn’t agree.

Fringe was another one we called, but that doesn’t make it any less of a snub. Must have been hard for Joshua Jackson to go through those noms knowing his show wouldn’t likely get the love it deserves.

And what about True Blood? HBO banked 104 noms, but only four for the vamps? 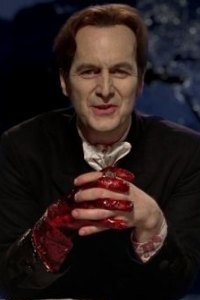 And none of those went to the series’ rocking central crew, Anna Paquin, Stephen Moyer and Alexander Skarsgard, or the equally rocking supporting cast. Don’t get us started on Denis O’Hare (Russell)!

Gleeks are probably satisfied with this year’s showing, in spite of — or because of — the absence of Matthew Morrison and Lea Michele.

Breakout hit The Walking Dead seemed a shoo-in, but didn’t even get a mention. A few other shows we would have liked to have seen on the board: Shameless and Friday Night Lights’ sister show Parenthood. In addition to the annual NPH presence, we were rooting for his costar Jason Segel, Cougar Town‘s Busy Philipps, Private Practice‘s KaDee Strickland, Men of a Certain Age‘s Ray Romano and just about anyone from Shameless.

Desperate Housewives didn’t make the grade this year, but no, we’re not including them in the surprising snub list. The campy soap that never really belonged in the “comedy” category just isn’t commanding the attention it used to.

SheKnows has one more snub to include, but this one was our bad. How could we possibly have forgotten the amazing Betty White in our predictions? See, no one’s perfect.

Oh and, yeah, maybe Modern Family does have the funniest men on TV…

Did your faves make the cut?