What’s a girl to do when her dreams of pregnancy just aren’t working out? Giuliana Rancic and husband Bill have decided to put baby on the back burner and spend a year focusing on fun.

Giuliana Rancic’s pregnancy dreams are no secret. After struggling with fertility for years, the E! News host and reality star has decided it’s time for a break from trying for baby. 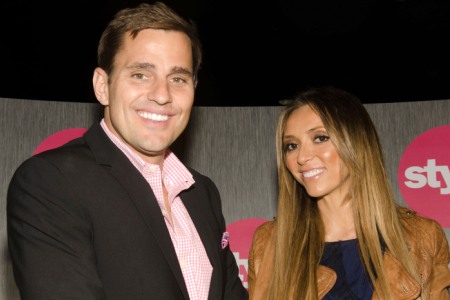 “[Having a baby is] always in the back of my mind,” Giuliana Rancic told USA Today. “But we’re not actively trying.”

“Right now is the year of fun,” the star of Giuliana & Bill continued. “In the first episode, we’re talking about [having a baby], and we heard bad news. Bill’s like, ‘You know what? Let’s get back to who we are and have a year of fun.'”

What does a year of fun for Bill and Giuliana Rancic look like? Lots of travel, wine and food! The 35-year-old chatted with Celebuzz about the pair’s recent trip to Italy. “It was incredible,” she gushed. “It was the best two weeks of my entire life.”

As for Giuliana Rancic’s diet abroad she shares, “I went to Italy, and I consumed way too many calories a day, but I didn’t care. Bill and I made a deal on the plane over that we can’t say ‘no’ to anything, including food. Like if Bill says, ‘Let’s have a crepe,’ I can’t say no — even though I just had a gelato, and I’m full. We indulged like crazy for two weeks, but we took really long walks in the vineyards, and we stayed active. And when we got back to Los Angeles, we were back at Equinox the next day on the treadmill.”

To critics of her weight she says, “I eat whatever I want. I never starve myself. I eat five times a day — if not more. I work out every day and bust my butt to stay in shape, which can be six to seven days a week.”

Here’s hoping Bill and Giuliana Rancic’s year of fun is a blast!