John Carter (formerly John Carter of Mars) is based on the popular Edgar Rice Burroughs series that centers on a military captain who’s transported to the red planet. On Earth, his family believes he’s dead but in reality he’s embarking on the journey of a lifetime! 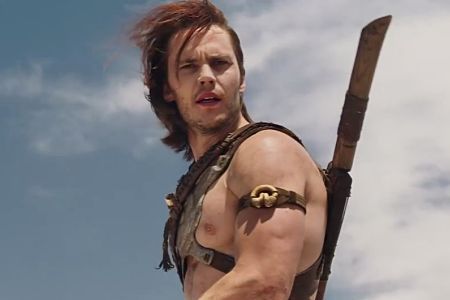 Carter’s (Taylor Kitsch) companion and love interest Princess Dejah Thoris is played by the beautiful and talented Lynn Collins. Both actors previously appeared in the 2009 comic book movie X-Men Origins: Wolverine. And the rest of the film’s cast is nothing to sneeze at; it includes Willem Dafoe, Samantha Morton, Mark Strong, Dominic West, James Purefoy, Polly Walker and Bryan Cranston.

Since this is a teaser trailer, don’t judge too harshly. If you’re not familiar with the character this might look completely insane but it’s got a lot to offer. Give it a chance.