Justin Timberlake may be joining his Friends with Benefits co-star, Mila Kunis, at the Marine Corps Ball. 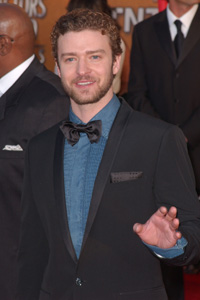 First it was Mila Kunis who got an invitation to the Marine Corps Ball — and now Justin Timberlake scores an invite.

It was Timberlake who encouraged Mila on air to accept the invitation to the Marine Corps Ball, after Sgt. Scott Moore asked her via YouTube.

“Have you seen this? Have you heard about this? You need to do it for your country,” Timberlake asked Mila, before saying to Moore on-air, “I’m going to work on this, man. This needs to go down.”

“So, Justin. You want to call out my girl Mila? I’m going to call you out and ask you to go to the Marine Corps Ball on November 12 in Washington DC,” Kelsey asks on her YouTube video. “If you can’t go, all I have to say is ‘cry me a river.'”

Kelsey even has a Facebook page, titled “Let’s Get Justin Timberlake to the Marine Corps Ball with Kelsey,” dedicated to her cause with over 2,000 supporters, at current count.

No word yet from Timberlake’s camp, but hopefully he won’t let Kelsey down! As for Kunis’ date, rumor is she may have a scheduling conflict that will prevent her from attending the ball, but she is trying to rearrange her schedule or meet with Sgt. Moore privately.