Note to Charlotte Church: You’re famous. Too famous to get a little tipsy and have frisky time with a date in public!

Charlotte Church has done one worse than being caught red-handed — she’s been caught with her knickers down! The singer with the holy name is at the center of a new video in which she’s allegedly seen behaving quite naughtily. 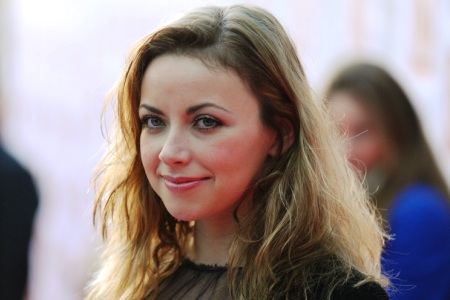 The Charlotte Church video appears to show the tipsy 25-year-old up against a van outside of a party on Saturday night with a man leaning on top of her. After the encounter, Charlotte and the man make their way back into a party, but she quite clearly has something that sure as heck looks like her underwear around her knees!

A security guard can reportedly be heard on the film saying, “They’re pissed off their [expletive] heads.”

Here’s hoping the Internet forgets this Charlotte Church video long before Ruby and Dexter get online!

Kourtney & Kim Kardashian Are Unrecognizable in This Throwback With Dad Robert