Jeremy Renner may have met his match in fellow Oscar nominee Edward Norton. The two acting powerhouses will go head to head in Universal’s next Bourne project, The Bourne Legacy. 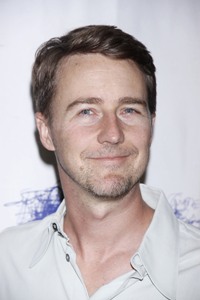 Jeremy Renner will pick up where Matt Damon left off in the film, which is a prequel/spin-off to the highly popular franchise. If you’re going to have someone as talented as Renner as the hero, you’re going to need someone equally if not more talented as a villain. Enter Edward Norton.

It’s been a while since we’ve seen Norton appear in a blockbuster and absence has made our hearts grow fonder. The actor hasn’t played a bad guy since The Italian Job where he was deliciously evil, so we know he has what it takes to pull this off.

Aside from Renner and Norton, Rachel Weisz has also signed on to co-star in The Bourne Legacy, which is turning into a great ensemble. The original trilogy was all about Bourne the man, but this one will focus on the training program that created him and Renner’s character.

Tony Gilroy will direct The Bourne Legacy from a screenplay he also wrote.