Harry Potter and the Deathly Hallows Part 2 is so close we can taste it! After a decade the series is coming to an end and it’s going out with a bang! Advanced ticket sales are through the roof and they could break a record currently held by The Twilight Saga: Eclipse.

Harry Potter and the Deathly Hallows Part 2 has already earned $25 million (domestically) at the box office before its release. It’s currently nipping at the heels of the Twilight Saga: Eclipse, which grossed $30 million in advanced ticket sales. 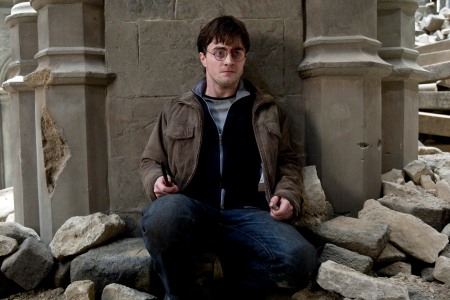 With two days to go, Potter has a legitimate shot at surpassing those vampires and werewolves to set its own record. This weekend, Potter has the potential to take down several box office champs including The Twilight Saga: New Moon, which holds the record for the largest opening day ($72.7 million), and The Dark Knight, which had the biggest opening weekend ($158.4 million).

After 10 years of buildup we can’t imagine Harry Potter not walking away with a few more records under its wizardly belt.

Harry Potter and the Deathly Hallows Part 2 opens in theaters everywhere on July 15.