CSI: Crime Scene Investigation will return for its 12th season with a new supervisor on board. Emmy winner Ted Danson has signed on as a series regular, replacing Laurence Fishburne. 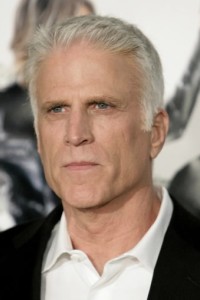 After two-and-a-half seasons as Dr. Raymond Langston, Laurence Fishburne is done with CSI, but a new boss is heading to town. CBS has tapped Ted Danson to take on the role of CSI Supervisor for the grave shift when CSI premieres on Wednesday, September 21.

“From the moment we all started talking about the role, it was clear he couldn’t be more perfect,” executive producer Don McGill raved. “Intelligence, wit, warmth, depth of character and emotion, he brings it all. And now he’ll have to bring latex gloves, too.”

Danson’s character is the former head of the Portland crime lab, who for some reason makes the move to the world’s number one procedural team. There’s not much on his back story yet, but he’ll have plenty to juggle in Las Vegas, as the CSI crew is still reeling from last season’s take-down of serial killer, Nate Haskell.

Beloved for his run as Cheers‘ Sam Malone in the 1980s, Danson has also been quite busy of late. Having earned accolades for his work on Damages and Curb Your Enthusiasm, the 63-year-old remains a series regular on the wacky HBO series, Bored to Death. His next big screen gig is opposite Drew Barrymore and John Krasinski in Everybody Loves Whales, due out January 2012. Danson also recently published his first book, Oceana: Our Endangered Oceans and What We Can Do to Save Them, available in book stores.