Halle Berry has received a restraining order against a man who trespassed on her property three times in three days. 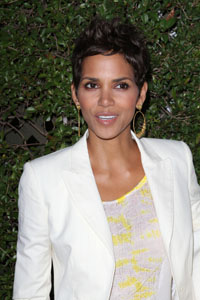 While the man who was allegedly stalking Halle Berry over the weekend has been arrested, the actress is taking no chances that he could gain access to her again and has taken out a restraining order against him.

In her statement requesting the order, Halle described her harrowing first encounter with the intruder.

“Panicking and in fear of my life, I turned my body and quickly hit the deadbolt lock on the glass door. I grabbed my phone and ran as fast as I could upstairs, slamming each door behind me as I ran.” That’s when she called 911.

“He has terrorized me and my family in three consecutive incidents over the last three days,” adding, “This person has invaded and trampled upon the most fundamental sense of security I have and I am extremely frightened of him and what he might do to me and those I love.”

The intruder, Richard Franco, is currently in police custody after being caught by Halle’s private security guards on Monday. A hearing for a permanent restraining order is scheduled for August 1.