America’s Got Talent began its first week of live rounds and we were completely in love with Snap Boogie and Anna Graceman. Read on to find out how these young talents blew us away.

America’s Got Talent began its live shows in Hollywood and as usual, we found a few stars among the acts. We’ve been following Snap Boogie since his first audition, but this is the first time we’ve been compelled to highlight him. 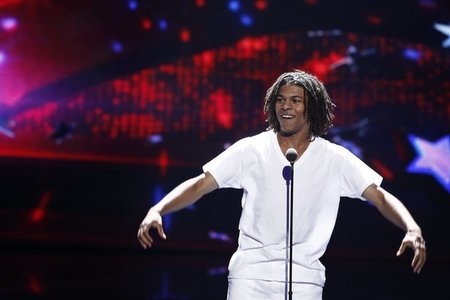 Snap Boogie, as Howie Mandel put it, brought the street to the theater with a fantastic dance number. His moves aren’t something that can be taught. He feels them and so does Piers Morgan. Morgan told Snap Boogie his dance act was ready for Vegas. Despite an injury and being unfamiliar with directing backup dancers, he was fierce. Check out his live audition number and tell us what you think in the comments section.

America’s Got Talent discovered Jackie Evancho and now they might have done it again with Anna Graceman. The 11-year-old sat at the piano like a pro while she belted out What a Wonderful World. This young singer from Juno, Alaska has all the makings of a star, but she did crack under the pressure during Vegas week so it will be interesting to see how she handles the pressure if she moves on. Check out her video below.

Don’t forget to check out America’s Got Talent on Wednesday night, July 13, to see if Snap Boogie and Anna Graceman make it to the next round. Do you think they both deserve a shot?