NBC has announced two additions to its cast of The Firm — Juliette Lewis and Callum Keith Rennie. 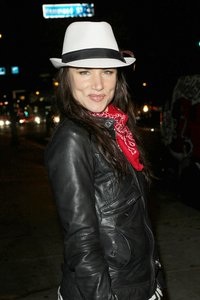 We recently reported Josh Lucas’ part in NBC’s new drama The Firm and now we can add Juliette Lewis to the confirmation.

NBC announced on Tuesday (July 12) that Juliette Lewis is set to take on the role of Tammy in NBC’s television version of John Grisham’s novel. The events are said to take place 10 years after the movie version of the novel ended. You still with us?

Lewis is joining Josh Lucas who is taking on the lawyer role of Mitch McDeere, the character Tom Cruise once made famous in the movie. Also joining the cast is The Killing’s Callum Keith Rennie.

Juliette Lewis’ character Tammy is quoted as Mitch’s (Josh Lucas) “feisty, sexy receptionist, whose work life is made all the more tumultuous by her on-again, off-again relationship with Mitch’s brother.”

Callum Keith Rennie will of course play the brother Ray.

The Firm is expected to start production in August with a midseason air date in the works. NBC revealed that The Firm’s pilot will be directed by David Straiton.

What do you think of the newest addition to The Firm cast? Will Juliette Lewis make the perfect fit for Tammy? Sound off in the comments section.