Prince William and Kate Middleton are stepping away from the spotlight for a bit to be a married couple, a royal spokesman confirmed.

Hey, did you hear that Prince William and Kate Middleton were in North America for the past two weeks? Yeah, neither did we — no one said anything about it! 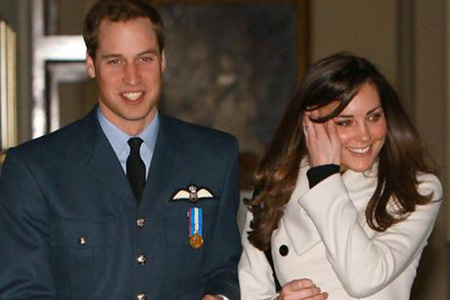 Okay, that’s not true — Will and Kate’s trip to Canada and Los Angeles was all anyone could talk about for days. Now, the still-newlywed couple is back on their home turf and they’re hoping to carry on a low-key lifestyle.

“The past few months have been a whirlwind and she just wants to take a step back and spend some time with her new husband,” a source told the UK Daily Mail about their plans.

“The Duke is going for his flying captaincy which he hopes to get in early 2012. He needs to keep up his flying hours and there are some exams to get through, a lot of work needs to be done and he has to dedicate himself to that,” the rep said.

“The second reason for taking a step back is more personal. They have not really lived together since their wedding and want to spend time together.”

You know what that means? It’s baby-making time!

“Since they got married they were on honeymoon and then in London for most of June for family events and the like and want to go back and have a married life together under the radar. They just want to enjoy their life in Anglesey and keeping things chilled.”

So, let’s take bets: What’s the over/under that Middleton will be pregnant within the next few months?