Rebecca Black, the 14-year-old YouTube sensation, is currently working on a five-track EP scheduled to drop in August. Black received instant notoriety four months ago when she became a hit on the video channel, and became one of the most trending topics on leading Internet popularity sites.

Rebecca Black, whose vanity-produced video of the song Friday has made her a YouTube sensation, is currently working on her own five-song EP to be released in August. Black holds a YouTube record for having the most viewed video on the channel, passing Justin Bieber’s Baby. 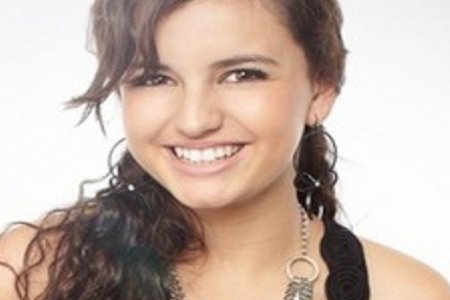 If you don’t know of Black, it could be because you don’t have a tween or teen in the house. The success of her homespun video led Black to self-release the EP, due to overwhelming fan demand.

She’s already had her song covered on Glee‘s Prom Queen episode and worked with Katy Perry. Black’s newest single, My Moment, debuts on her YouTube channel at 8 p.m. on July 18th and will be available for download on iTunes the following day.

The video for the track shows Black getting an award at her high school and attending numerous red carpet events. Her official webpage explains the video as “the story of her sudden rise to fame… a fairytale story, but it happened in real life.”

She now teams up with Quinton Tolbert and Justin Bieber collaborator Brandon “Blue” Hamilton for her latest release. But, can she parlay what is truly a fluke of Internet interest into a real career? Critics have been more than unkind regarding her untrained singing voice. The comparisons to teen sweethearts like Miley, Selena and Taylor go on and on. But Miley and Selena had the Disney machine behind them. Taylor actually has the chops. So what can Rebecca Black fall back on other than a fascinated public?

Industry fears are that this will be the wave of the future, that stars will be made and broken within a couple of months, and the years of one-hit wonders that dominated such eras as the 1970s will return, and with it, a failure for real talent to take center stage where it belongs.