Director Peter Jackson has released a second video blog from the set of The Hobbit. Not only do we get an update now that they’ve finished the first block of shooting, but we get to see what the cast is doing during the break. 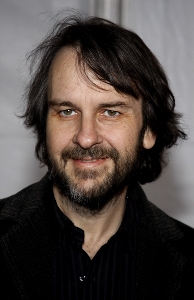 The two Hobbit films might be the most anticipated events in the near cinematic future. We’ve drooled over the pictures released from the set and debated the additions to the cast. We’ve also marveled at Peter Jackson’s video blog from the set.

In this installment, Jackson, sitting with Andy Serkis in Bilbo’s house, tells us about where the production is in terms of time and explains the production blocks. The cast and crew are now on a break until September 5th and we get a look at what they’re doing with their summer vacation.

We also get to check out some of the stunning New Zealand locations as the crew scouts where to film next. (If you’re familiar with the story, you’ll notice one possible place for the famous barrel scene.) Check out the video below (or here in HD on Jackson’s Facebook page) and let us know what you think. There are still 200 days of shooting to go and months of post production, but at least we’re getting a look at what’s going on.

The film will hit theaters in December 2012.