Hines Ward was arrested in Georgia this weekend for driving under the influence. However, his agent claims otherwise. 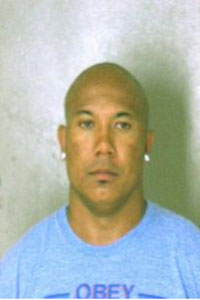 Hines Ward became a household name earlier this year when he triumphed over Kirstie Alley to win Dancing With the Stars. Now, he’s getting attention for a whole other reason.

Ward, 35, was busted by DeKalb County, Georgia police for driving under the influence. The wide receiver was booked by DCPD at about 4 a.m. Saturday morning and released on a $1,300 bond. The overly-aggressive NFL player hasn’t yet spoken out about the arrest, but that hasn’t stopped a fellow player from making comments on it.

“Well it looks like Hines Ward will miss week 1 when the lockout ends DUI charge not a good look,” Baltimore Ravens running back Ray Rice wrote on Twitter.

“From our preliminary investigation we can tell you that we are confident that the facts will show that Hines was NOT impaired by alcohol while driving. However, Hines is deeply saddened by this incident and apologizes to his fans and the Steelers organization for this distraction,” Ree said in a statement.

If he was drunk, let’s just hope he wasn’t drinking out of his DWTS mirror ball trophy.

Do you lose respect for celebrities when they’re arrested for a DUI?