Demi Lovato is set to make her big comeback into the music world after a year of personal struggle with her new single and video, Skyscraper. 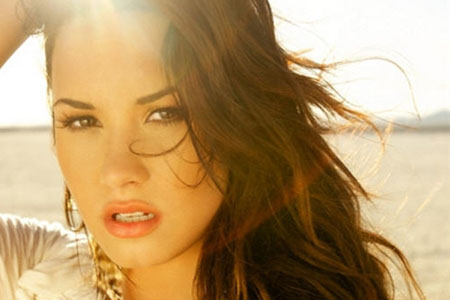 The video for Skyscraper — directed by Mark Pellington — will premiere on July 13 at 7 p.m. on E! Online. Lovato’s interview with Ryan Seacrest will also debut that night. The video will show up on VEVO on July 14.

“After confronting personal issues head on, Lovato made the proactive decision to seek treatment and regain focus on her music career,” Hollywood Records said in a statement. “Lovato is currently partnering with the JED Foundation and Seventeen magazine on the ‘Love is Louder Than the Pressure to Be Perfect’ campaign, addressing the various pressures many young people face.”

Lovato went to rehab in late 2010 to deal with her bulimia and longtime cutting issues, along with her bipolar disorder.

“I never found out until I went into treatment that I was bipolar,” Lovato told People after she left rehab. “Looking back it makes sense. There were times when I was so manic, I was writing seven songs in one night and I’d be up until 5:30 in the morning.”

The actress and singer also signed on as a contributing editor at Seventeen. She’ll submit regular articles on maintaining a positive outlook and how readers like her can “stay strong” during personal turmoil.

“This isn’t just a single or a song to me. This represents the strength of an incredibly difficult journey I’ve been on that will hopefully provide the faith and inspiration to others going through the hardest issues of their own,” Lovato wrote on Twitter.

Are you excited for Demi Lovato’s new song?