Celebrity Rehab is going on hiatus, but will the show return? 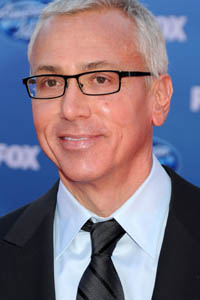 VH1 has announced that Celebrity Rehab with Dr. Drew is taking an indefinite hiatus. According to the network, the show that attempts to get fallen Hollywood stars clean and sober won’t be shooting any time soon, and nobody knows when it will return.

Reportedly, Dr. Drew Pinsky is working too hard to lock himself up in the Pasadena Recovery Center with a half-dozen or so detoxing actors, rock stars and sex symbols for another season.

“The decision was made to put the show on hiatus because Dr. Drew Pinsky is just too busy to continue to do the show,” a source close to the show revealed. As the show increased in popularity, so did Pinsky, and it may be that more lucrative, less time-consuming opportunities have come his way.

After all, getting sometimes spoiled performers clean is no easy task. “The amount of time Dr. Drew has to commit to treating celebrities on the show is a tremendous amount of time,” the source said, adding the doctor would “absolutely love to revisit doing the show again in the future when he has the time. Dr. Drew really enjoyed doing the show, even though it could be very emotionally grueling at times.”

This fall, Pinsky will be hosting a new show on the CW: Dr. Drew’s Lifechangers. On the show, Pinsky and a panel of experts “will focus on people dealing with conflicts in their lives, which could include relationship or addiction issues.”