We’ve watched the kids of the Harry Potter series grow up on the big screen. What’s next for these talented young actors?

The kids of Harry Potter have grown up before our eyes. In honor of the release of the final film in the series, Harry Potter and the Deathly Hallows Part 2, we’re looking back at where the cast has been and the bright futures that await them. 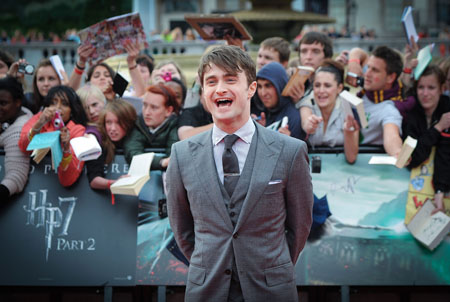 An 11-year-old Daniel Radcliffe had only two acting credits to his name when cast as Harry Potter after being spotted in a TV version of the Dickens classic David Copperfield. Radcliffe’s love of acting only grew stronger throughout his Harry Potter experience, and he has since gone on to star in critically acclaimed roles in the film December Boys, the TV movie My Boy Jack and on Broadway in Equus and How to Succeed in Business Without Really Trying. His first post-Potter film role will be as lawyer Arthur Kipps in the supernatural thriller The Woman in Black, due in January 2012. Radcliffe can afford to be picky about choosing his next projects: His personal assets of 28.5 million pounds are reportedly greater than those of princes William and Harry combined. 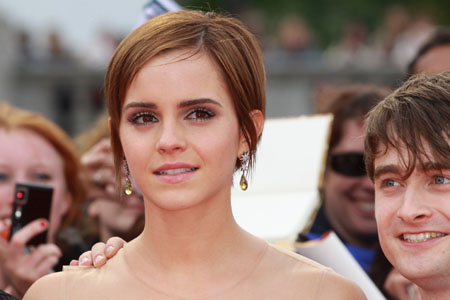 Emma Watson was a total unknown with no professional acting experience when she was cast as Hermione Granger. She did, however, have several years of acting training and it was through her coach that she was found by Harry Potter producers. Playing voice-of-reason Hermione with growing spunk and maturity at the same time, Watson often stole the scene from everyone else on screen. Despite her success in the series, she seems to be the most conflicted of the cast members, saying she had to fight with producers to get her education but dropping out of Brown anyway, almost declining to sign on for the last two films and chopping off her hair the moment filming wrapped — but the series has afforded her the luxury of working for pleasure, not necessity. Watson’s first post-Potter project, My Week with Marilyn, is scheduled for a November 2011 release, and the young actress is currently filming The Perks of Being a Wallflower. 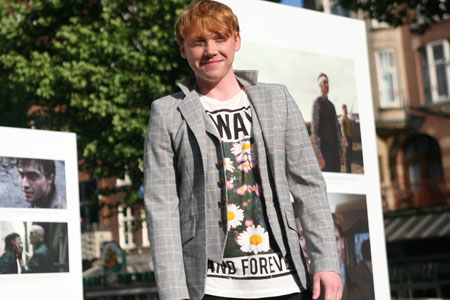 The oldest actor amongst the three main characters at the time of casting, Rupert Grint stood out for his red hair and wisecracking demeanor. Like Watson, he had no professional acting experience prior to the Harry Potter movies, but he quickly took up the opportunity his Potter fame gave him and completed six movies before the release of the final film, including Thunderpants, Driving Lessons, Cherrybomb, Wild Target, Come Fly with Me and Comrade, which is scheduled for a 2012 release. Grint currently has three more films in pre-production: Eddie the Eagle (about an unlikely Olympic anti-hero), Cross Country and Wartime Wanderers. 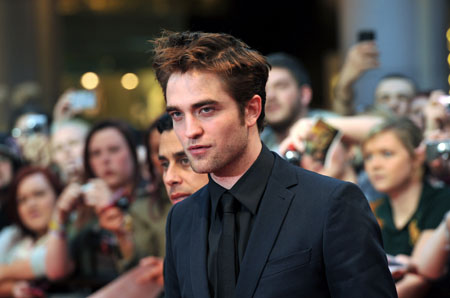 Having only completed two professional roles — one of which was left on the cutting room floor –prior to being cast in Harry Potter and the Goblet of Fire, Robert Pattinson made quite the splash as Cedric Diggory. He was named the 2005 British Star of Tomorrow by The Times and began being touted as the next Jude Law. His portrayal of Diggory’s death is one of the top 10 saddest moments in Harry Potter and led to his role as Edward Cullen in the Twilight saga, the other biggest series of our lifetimes. Of all the Harry Potter kids, Pattinson is the only one who has become a true teen idol, albeit not for his Harry Potter role. He has also parlayed his Harry Potter and Twilight success into a growing adult acting career, including the critically acclaimed Water for Elephants. He is currently filming Cosmopolis, scheduled for a 2012 release. 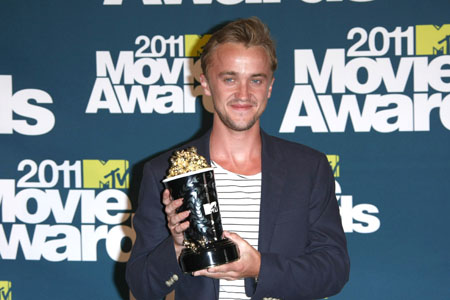 The most professionally experienced of the Harry Potter kids at the time of original casting, Tom Felton easily slipped into the roles of Potter nemesis Draco Malfoy. Appearing in all eight films as what has been described as a cowardly bully, Felton will continue playing the villain in Rise of the Planet of the Apes as the cruel Dodge. In The Apparition, scheduled for a September 2011 release, Felton plays an expert in the supernatural trying to help a couple escape an evil presence. Also on deck for the young actor are World War II flick Grace and Danger and the lead in the military mutant horror flick Evac.

read on for more harry potter