Will she or won’t she? That’s the big question surrounding Jennifer Lopez’s decision to return to American Idol when the show returns for its new season. Read on to find out when the big announcement is coming. 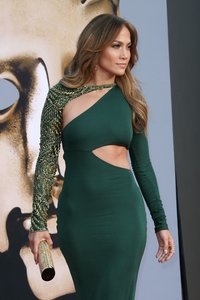 Steven Tyler and Randy Jackson are all set to return to the American Idol judges’ table and now it’s up to Jennifer Lopez to complete the panel. Word has it the announcement could come as early as this week.

The reports have been up, down and all around as to whether or not Jennifer Lopez will be front and center at the judges’ table when American Idol returns for its 11th season and now it looks like she might be ready to say yes.

Jennifer Lopez was at the Fox table during the BAFTA Brits to Watch extravaganza attended by Prince William and his wife Kate Middleton in Los Angeles over the weekend. Does her table sharing mean the deal is really done?

Jennifer Lopez did tease us Monday morning (July 11) with an announcement of another kind that everyone thought was going to be her AI announcement. Instead she said, “I’m here to announce I Heart Radio’s launch with their new concert. Me, Lady Gaga, Alicia Keys, Coldplay, Steven Tyler, Carrie Underwood, Steven Tyler, Black Eyed Peas. So many people. It’s going to be this amazing concert in Las Vegas on September 23 and September 24 to launch the new I Heart Radio, where you can kind of custom your own radio station. It’s pretty exciting. I’m glad to be doing it.”

She tricked us. We guess we’ll have to keep our ears open this week for her other big news. Something tells us we’ll be seeing JLo on American Idol when it returns.

Tell us what you think — should Jennifer Lopez return to American Idol with Randy Jackson and Steven Tyler or do you have another celebrity in mind for the job?