Kate Hudson gave birth to her second child on Saturday. Was her hunch that her baby would be a girl correct? 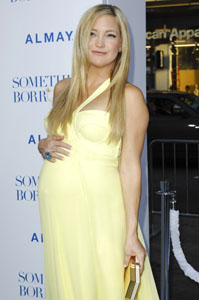 Kate Hudson and fiancé Matthew Bellamy are proud new parents! The couple, who made the choice not to find out the gender of their baby ahead of time, instead enjoyed the surprise in the delivery room.

And what a surprise it was! While Kate Hudson said she had a hunch she was having a girl, she got the opposite!

The rep did not disclose the baby’s name, but SheKnows will have it for you as soon as that piece of info is released.

This is Kate’s second child and son — her first, seven-year-old Ryder, is with her first husband Chris Robinson of the Black Crowes. This new bundle of joy is Bellamy’s first child.

Kate Hudson and Matthew Bellamy got engaged shortly after her pregnancy announcement.