Former first lady Betty Ford has died at the age of 93. Read on to find out more about her life and death.

One of the most noted first ladies to date, Betty Ford, has died. The wife of former President Gerald Ford and the founder of the Betty Ford Center was 93 years old at the time of her death. 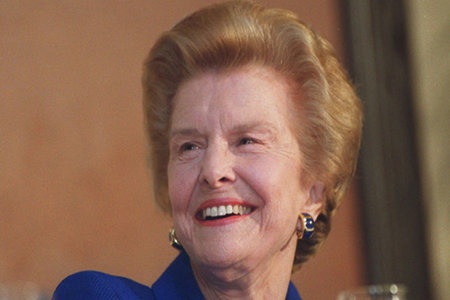 According to reports, Betty Ford died in her own bed Friday night (July 8) surrounded by her family. Confirmation of Betty Ford’s death came from the Gerald R. Ford Presidential Library and Museum. Elaine Didier, the director of the museum located in Grand Rapids, Michigan, is said to have confirmed her death to CNN.

Betty Ford was born Elizabeth Anne Bloomer. She was born in Chicago but grew up in Grand Rapids, Michigan, before moving to New York at 21. Betty Ford, aka Bloomer, eventually moved back to the Midwest after working as a dancer and model.

Betty married Gerald Ford in 1948 and they headed to Washington where Gerald Ford eventually became the 38th president of the United States.

Betty Ford stood right alongside her husband, making her own headlines as Newsweek’s Woman of the Year in 1975 and then in 1978 when she entered the Long Beach Naval Hospital for alcohol and prescription painkiller abuse.

The world has lost a great woman in Betty Ford. Our condolences go out to her family.