There are, as always, tons of new DVD/Blu-ray titles at your Redbox and Netflix, but it’s no blockbuster lineup for the weekend of July 8. A renegade hobo, a Monty Python triple feature, some foreign action and a whole lot of TV are coming home. 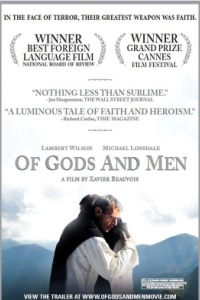 The movies currently ruling the DVD rental battle are recent releases Beastly, Just Go With It, Battle: Los Angeles, True Grit, I Am Number Four, No Strings Attached, Gnomeo & Juliet, The Dilemma, Drive Angry 3D and The Rite, in that order.

As for new releases, The Monty Python Box Set can keep you laughing all weekend. The 3-CD set includes Monty Python and the Holy Grail, And Now For Something Completely Different and The Adventures of Baron Munchausen. Das Boot, Four Weddings and a Funeral and Overboard are also new Blu-ray releases.

For serious movie lovers, Xavier Beauvois’ historic drama Of Gods and Men (Des hommes et des dieux) has received critical acclaim, but be warned: This is no light caper film. Loosely based on the life of the Cistercian monks of Tibhirine in Algeria, from 1993 until their kidnapping in 1996, it’s the story of eight French Christian monks who live in harmony with their Muslim brothers. When the threat of fundamentalist terrorists rocks their world, they’re forced to decide whether they should stay or run.

If your taste is more samurai action, look no further than cult director Takashi Miike’s Japanese period flick 13 Assassins (Jûsan-nin no shikaku). Set at the end of Japan’s feudal era, it tells the tale of unemployed, elite samurai who are secretly enlisted to bring down a sadistic lord with his eye on the throne. Words like savage, masterful, insane and Quentin Tarantino tend to make their way into reviews of the film.

Foreign film junkies might also get a kick out of the French drama Illégal or the 1989 Swedish documentary Directed by Andrei Tarkovsky (Regi Andrej Tarkovskij).

Horror fans can get serious about the genre by picking up Nightmares in Red, White and Blue: The Evolution of the American Horror Film. David Keating’s thriller Wake Wood or the action comedy Bloodrayne: The Third Reich might also appeal.

Oh, and we almost forgot the hobo! Rutger Hauer stars in Hobo with a Shotgun, a crime thriller that follows a homeless vigilante who takes on crooked cops, pedophile Santas and other scumbags with his trusty pump-action shotgun.

See, we told you it was a strange lineup! 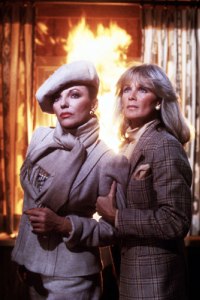