Nancy Grace told The Hollywood Reporter that she completely understands people hate her.

Nancy Grace is one of the most polarizing people on television: You either love her biased coverage of news like her obsessive Casey Anthony coverage, or you really, really hate her — and she knows it. 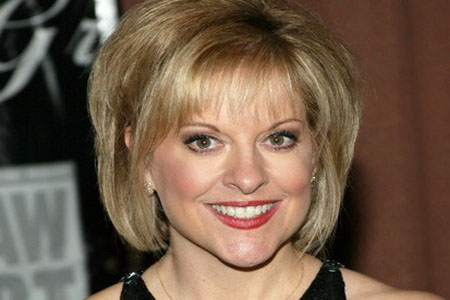 Grace sat down for an interview with The Hollywood Reporter and said she knows that she disgusts some people.

“Well I know that a lot of people hate me and say rotten things about me, I know that much. I mean sure, ratings are great, but my contract is not tied to ratings, and I do not have incentives in my contract that are ratings based. I don’t have any incentives period in my contracts,” Grace told THR. “So, to me, this is a story that transcends TV ratings. I’ve never really considered myself a TV person anyway.”

Wait, we thought her entire journalism career was based on television? Anyway…

She also had to touch on the Anthony trial in the interview.

“The trial has been exhausting and emotional and has required so much hard work, but I think that once again it has focused a lot of attention on our justice system,” Grace said. “It’s a very hard thing to digest when your justice system fails you, but coming to terms with the fact that you cannot stop believing in it, because it is the best system in the world, it is.”

“It’s hard to grapple with those two conflicting facts,” she continued. “That the system can fail, but that’s all we have, all we have is our justice system to cling to and to believe in… the only thing I can do is keep working and keep trying and just keeping on.”

We highly doubt Grace will let the Anthony story go — we’re expecting a true crime-style book by her within the next year.

What are your thoughts on Nancy Grace?