Xzibit won’t be planking any time soon — he says the Internet craze is racist.

Planking is the latest Internet meme to become a craze — but does it have racist roots? Hip hop star Xzibit says yes. 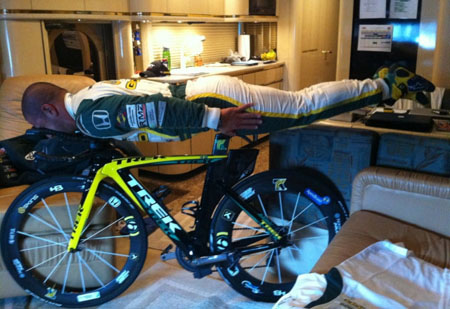 Planking, in which a person lays down flat on her face with her arms at her sides and posts a photo of it on the web, is admittedly one of the weirder memes in recent years. But is it also racist? On Twitter, Xzibit claims the practice has its roots in slavery.

“Planking is THE dumbest [expletive] ever. Planking was a way to transport slaves on ships during the slave trade, its not funny. Educate yourselves,” he wrote.

The rapper added, “Dont get it twisted. I care less where your dumb asses lay face down and take pictures of the [expletive], I’m just telling you where it came from.”

So is Xzibit right? Did planking have its roots in slavery? Sort of, not really. Slaves were forced to lie flat on their backs side-by-side on the lower decks of ships, stiff as boards — but the term “planking” was not part of the language used to describe it.

In fact, the fad was called “the lying down game” until Australian Sam Weckert and pals rebranded it and turned it into an Internet sensation.