Talihina Sky: The Story of Kings of Leon is coming to Showtime. The “warts-and-all” documentary traces the Southern rock stars from their Bible Belt roots to sold-out international stages, while introducing their family to the world.

These days, Kings of Leon know all about rock and roll and gold and platinum records, but many of their fans don’t know their story. The Followill boys, including brothers Caleb, Nathan and Jared and their cousin Matthew, come from a strictly religious, impoverished background and a family worth tuning in for when Talihina Sky: The Story of Kings of Leon premieres on Showtime in August. 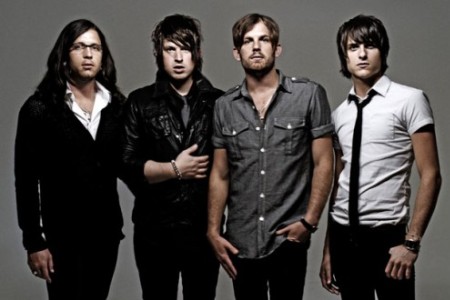 The documentary kicks off at the annual Followill family reunion in the backwoods of Talihina, Oklahoma. While the rockers let down their hair and unwind with their family, the story takes off and word is, it’s that family presence that makes this film so much more than a rockumentary.

The Kings of Leon story starts with the Followill boys’ nomadic childhood, touring the Bible Belt with their Pentecostal evangelist father, Ivan Leon, and their devout mother, BettyAnn, who considered rock and roll the work of the devil. Using unedited interviews with the band and their family members, behind-the-scenes footage inside the studio and on tour and personal home videos and photos, the documentary traces Kings of Leon’s journey to secular music and their rise as a rocking alternative band.

Talihina Sky: The Story of Kings of Leon offers an insider’s view of the band, thanks to the hand of director and pal Stephen C. Mitchell, but it doesn’t tread lightly. Word is the narrative is surprisingly unfiltered, offering true insight into the world they come from and how it propelled them to the world they now rule from the stage.

Talihina Sky: The Story of Kings of Leon, which premiered at the Tribeca Film Festival in New York City in April, hits Showtime on Sunday, August 21 at 10 p.m. Check out the trailer below.