NeNe Leakes’ son is in trouble yet again. Bryson Bryant was busted for a sticky-fingered shopping spree. 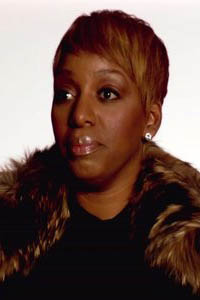 In Atlanta, the Real Housewives drama continues, as NeNe Leakes‘ son, Bryson Bryant, was busted for taking a five-finger discount during a shopping trip.

Officials in Gwinnett County, Georgia, say Bryant was taken into custody for picking up some “free” merchandise. But that’s not all. He was also charged with violating his probation.

Early last year, Bryant was pulled over for a traffic violation, and when police officers on the scene found marijuana on him, they charged him with possession and arrested him.

Leakes “flipped out” last fall when she discovered that Bryant’s girlfriend was pregnant. “Not only does [NeNe] hate the idea of becoming a grandmother in her 40s,” a source said, “she believes that she will be left picking up the tab for the baby because her son still lives at home and does not have a steady income.”

Meanwhile, NeNe has troubles of her own with her marriage to Gregg Leakes in trouble. While NeNe filed for divorce last year from her husband, rumors are swirling that the papers were filed to increase ratings on the show, and that the two are headed for a reconciliation in the next season.

As for NeNe’s stint on Celebrity Apprentice, Leakes walked off the show over a dispute with Star Jones before Donald Trump could fire her.