Sex Rehab alum Kari Ann Peniche is pregnant, but her husband says he may not be the baby daddy. 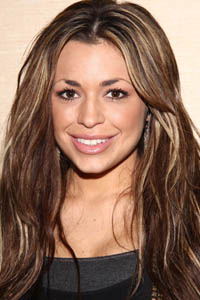 Kari Ann Peniche escaped Sex Rehab with Dr. Drew, but now she’s found herself in a paternity dispute. She’s knocked up, but even her husband isn’t sure who the baby daddy is.

The former beauty queen’s husband, Justin Williams, has filed for divorce from Peniche, and he has requested the judge order Peniche to undergo DNA testing that would prove who the father of the baby is. The couple has only been married since February.

This incident is only the latest in a long line of wild run-ins for Peniche. While she was crowned Miss United States Teen in 2003, she had her tiara stripped from her after she posed in Playboy magazine. In 2006, Peniche became engaged to pop star Aaron Carter; he was 18 at the time. In 2009, Gawker posted a sexy video of Peniche nude in a hot tub with TV stars Eric Dane and Rebecca Gayheart.

On Sex Rehab, Peniche was treated for sexual addiction and appeared to be struggling with a substance abuse problem. She was tossed from the program for failing to follow the rehab’s rules. She returned on Celebrity Rehab Presents Sober House, from which she was evicted for punching a cameraman.

As for who the father of her baby is, that remains to be seen.