Adam Levine and Maroon 5 are shooting a new music video for Moves Like Jagger and someone very special is showing up for the party. Read on to find out how one legendary rocker will be lending his moves like Jagger to the video.

Adam Levine, along with band Maroon 5 and Christina Aguilera, debuted Moves Like Jagger on the hit NBC show The Voice and now the next logical step is going down — a music video. We can also confirm that the man who inspired the title will be a part of it — Mick Jagger. 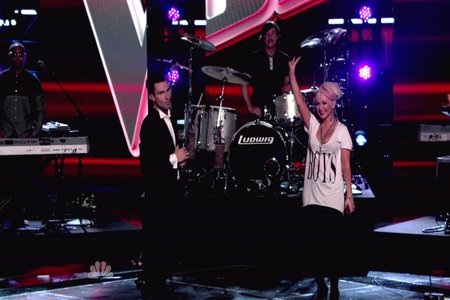 Adam Levine sent out this tweet on Thursday, getting our hopes up for a killer video: “Making a video for Moves Like Jagger with Christina Aguilera tomorrow!”

Once we heard the video was going down, our first thought was whether or not Mick Jagger would be participating in some form. The answer to that is yes.

Maroon 5’s publicist exclusively confirmed Mick Jagger’s participation in the video to SheKnows, saying, “Mick has agreed to supply classic footage to be used in the video.” The publicist also revealed they’d “release more details in the coming days about the video.”

We cannot wait to see what this video looks like when it debuts. We also recently learned Adam Levine will be joining his fellow coaches Christina Aguilera, Blake Shelton and Cee Lo Green for season two of The Voice. That’s something to look forward to as well.

Mick Jagger meets Moves Like Jagger — that’s kind of spectacular to think about, isn’t it? Tell us what you think, does it get you excited?