The wife of Weston Cage has been sprung from jail — and she has a shocking revelation about the circumstances that led to her being locked up in the first place. 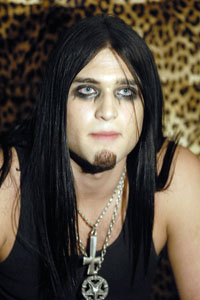 It’s been quite the week for Weston Cage. First he and his new wife Nikki Williams were arrested on domestic violence charges. Then Weston posted a bizarre rant on Facebook asking his friends to decide the future of his marriage. Then he decides to divorce Nikki — and announces she’s pregnant.

Now Nikki is out of jail, and she’s doing some talking of her own. The mom-to-be made a shocking revelation that may just explain why the dispute happened in the first place.

“I did drink the night before the arrest,” Williams said. “I suppose my hormones got the best of me. That was the only occasion I consumed alcohol since I found out that I’m pregnant and I really regret my decision to do so.”

“We are not pressing charges against each other and we are working through our issues. We love each other very much.”

Nikki says Weston didn’t hit her but is vague about what exactly he did do. “Weston and I did get physical with one another and he did not hit me in the face.”

“We may be passionate, but we are not crazy.”

Williams says she and Weston are now in rehab together. The couple wed in May.