Pink says the recent birth of her daughter had some scary moments and didn’t go quite as she planned — but all’s well that ends well. 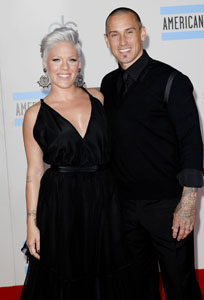 Pink gave birth to her first child last month, and the singer is sharing her birth story with her fans.

While the singer had planned on a natural birth, the baby had other ideas.

“She was in the frank breech position, which is head up with her legs up by her head in a pike position,” Pink said. “We tried everything to turn her around. Turns out this little girl had other plans — she is my daughter, after all.”

“It all turned out perfectly in the end, even though it wasn’t what we intended, because she is healthy and happy and so am I. We’ll go for our natural birth next time, for sure.”

“I grew up near one,” the singer said. “It is the most flexible tree and nothing can break it — no wind, no elements. It can bend and withstand anything. I love that sentiment and I want that for her.”

“Sage is cleansing and sacred and it sounds great with Willow. It doesn’t hurt that her last name is Hart — flexible, cleansed heart.”

A perfect name for a perfect new life!

read on for more pink