Rupert Murdoch announced that he’s shutting down celebrity tabloid News of the World this weekend. What’s the straw that broke the camel’s back? 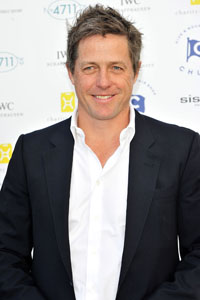 You might not realize it, but serious history was made today when News Corp. bigwig Rupert Murdoch announced that the celebrity rag News of the World will shut down this weekend.

“When I tell people why I am proud to be part of News Corporation, I say that our commitment to journalism and a free press is one of the things that sets us apart. Your work is a credit to this,” Murdoch wrote in a memo published on News of the World’s website.

“The good things the News of the World does, however, have been sullied by behavior that was wrong. Indeed, if recent allegations are true, it was inhuman and has no place in our Company. “

What was so bad that Murdoch decided to shutter a paper with 168 years of history? Well, there are plenty of (awful) reasons.

News of the World was never a bastion of fact-checked journalism — it was reviled within celebrity circles for its ruthless pursuit of celebrity scoops. The first allegations of wrongdoing came in 2005 when Prince William suspected that the newspaper’s reporters had hacked into Kate Middleton’s phone to get a scoop on a knee injury. Scotland Yard did an inquiry into the allegations and a reporter from the paper, along with a private investigator, were jailed the following year.

Other celebrities — including Sienna Miller, Mick Jagger and Hugh Grant — had their phones hacked. Miller ended up suing the newspaper and made a settlement for $162K. The paper also acknowledged their wrongdoing.

“Past behavior at the News of the World in relation to voicemail interception is a matter of genuine regret,” they said in a statement. “It is now apparent that our previous inquiries failed to uncover important evidence and we acknowledge our actions then were not sufficiently robust.”

Grant launched his own investigation and called for a full inquiry into their actions.

“We need to make sure [the inquiry] is full, public, immediate, with no funny stuff,” Grant told the U.K.’s Sky News earlier this month.

Grant was right to call for more action — news broke earlier this week that News of the World reporters broke into the cell phone of then-missing 13-year-old Milly Dowler in 2002. Reporters allegedly hacked into her cell phone in the days after her disappearance and even deleted messages to make room for more — messages that might have helped with the investigation. She was later found murdered.

“We are no longer talking here about politicians and celebrities,” British Prime Minister David Cameron said after the news came out. “We are talking about murder victims, potentially terrorist victims, having their phones hacked into.”

Are you happy News of the World is shutting down?

2 mins ago
by Julia Teti

49 mins ago
by Summer Cartwright