Kourtney Kardashian has no issue with simply dating Scott Disick, the father of their son Mason. Unfortunately her mother, Kris Jenner, thinks it’s time the pair took a trip down the aisle! 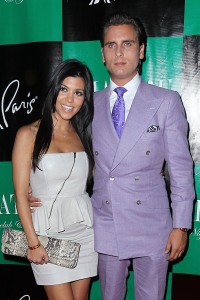 Before Kourtney Kardashian dreams of having a second child, her mother wants her properly wed to the baby’s father. Kris Jenner (with the help of sister Kim Kardashian) is putting the pressure on Kourtney to wed Scott Disick before the couple has a second child.

Of course the scene all played out on the family’s show, Keeping Up with the Kardashians. Kris Jenner explained her argument for the marriage by saying, “When Mason was born, Scott was more of a hot mess, but now he’s really turned his life around and been amazing.”

She continued, “He’s such a great partner to Kourtney. I don’t know what Kourtney’s reservations are, why she’s holding back and being so stubborn.”

During the discussion with her mom and sister Kim Kardashian, Kourtney tried to put her foot down on the marriage talk by telling the meddling pair, “That’s not up for discussion, nor do I care what anyone’s thoughts are.”

Do you think Kourtney Kardashian should marry Scott Disick before having another baby?