Supermodel Jessica White broke up with Sean Penn a year ago, and she’s been celibate ever since. 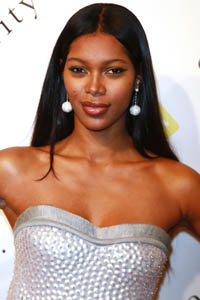 Supermodel and Sports Illustrated model Jessica White says she’s been celibate for over a year, and it seems that she’s sworn off sex since the last time she had it — with ex-boyfriend actor Sean Penn.

“I said, listen, the only relationship that I’ve ever confirmed was the relationship with Sean [Penn],” White, who’s also one of the infamous Victoria’s Secret models, confessed recently of her dating and sex life. “And that’s because we actually had a real relationship.”

Since they split, she says, she’s not had sex again. “And, I know the world is going to be like, yeah, right, but I’ve been celibate now for almost a year.”

The model and the troubled actor were spotted making out at a New York bar almost a year ago. It’s easy to see what Penn saw in White. Tyra Banks once declared her “the model of her generation.” The two had dated previously, and it was assumed they had rekindled their affair.

But not long after, supposedly out on the town celebrating her split from Penn, White was arrested for assaulting a woman outside a New York bar. A few months ago, the charges against White were dropped, and she was ordered to attend anger management classes. Interesting, since Penn, who has fought regularly with members of the press, could probably use some anger management classes himself.

In any case, it seems the breakup may have caused White to say no to sex. Now? She’s waiting for Mr. Right.

“So, the next person that I’m with will be the person, hopefully, that I marry,” she said.