Congratulations are in order for Ryan Phillippe? The actor’s ex-girlfriend Alexis Knapp has given birth but no one quite knows for sure if Ryan is the baby’s father or not. 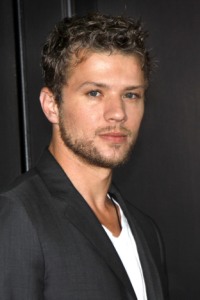 It’s a girl for Alexis Knapp and — Ryan Phillippe? The model, who dated Ryan up until September of last year, gave birth to her first child on Friday, July 1. It is being reported the baby girl’s name is Kai.

Ryan Phillippe is said to have been by Alexis Knapp’s side through her labor and delivery at Cedars-Sinai Medical Center in Los Angeles. Ryan was also seen visiting the doctor’s office with Alexis last month.

A source tells Us Weekly of Ryan, who is also father to two children from his marriage to Reese Witherspoon, “He is a good father, and whether this is his baby or not, he wants to do the right thing and be supportive.”

Don’t expect to hear much about baby Kai or who her father is from Alexis Knapp. A rep for the model/actress said that Alexis “has never asked Ryan for any help, nor does she expect it.”

“Alexis has maintained her silence and will continue to do so,” the rep said. “She continues to appreciate the love and support of her family and friends.”

Ryan Phillippe and actress Amanda Seyfried were dating at the time news of Alexis’ pregnancy broke. The pair have since split.

SheKnows has reached out to Ryan Phillippe’s rep for comment on the birth of Alexis Knapp’s baby.